Each ScanImage® scanner (ResScan / LinScan) uses its own normalized coordinate system to allow for different field of views. The scanner coordinates are mapped into a common reference space. The reference space is used in the ScanImage® API and all GUIs exposed to the user.

The scanner coordinates are a normalized coordinate system with x and y extending from 0 to 1. This extent is regardless of the size and the aspect ratio of the actual scanner field of view and defines the maximum addressable space of the scanner. 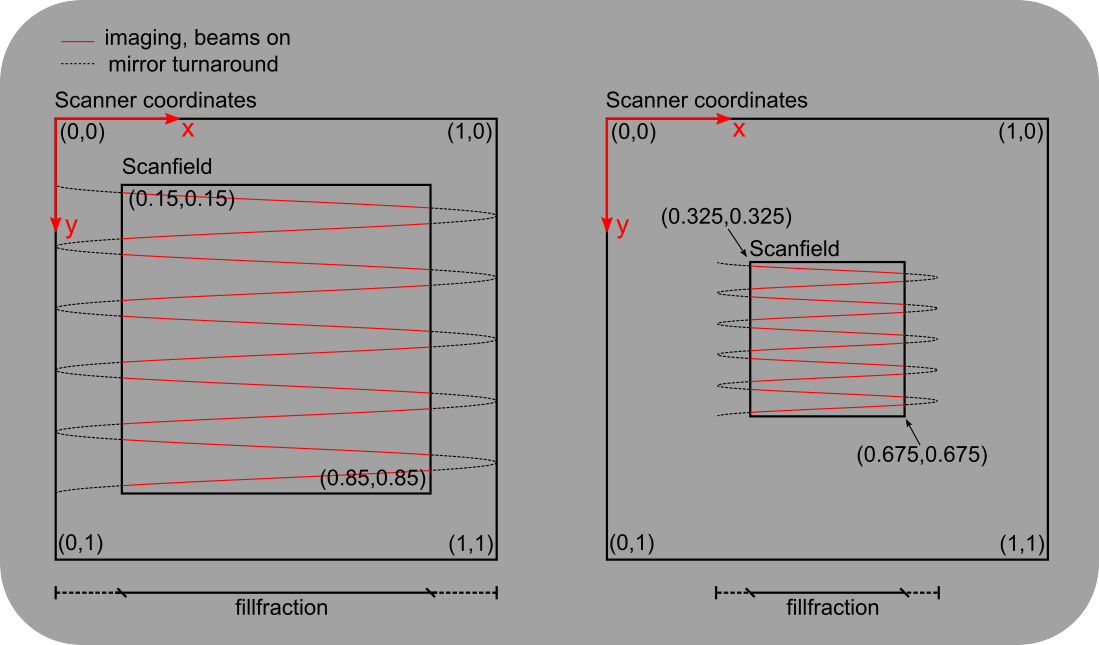 A scanfield defined in scanner coordinates.

To simplify the alignment of the scanners relative to each other, ScanImage® features an Alignment Controls Window. After a successful alignment, ScanImage® stores the affine matrices used for the transformation as properties in the imaging system objects:

The alignment controls window is only available in Premium ScanImage.

Currently ScanImage® only supports translation and scaling. Support for rotation will be added at a later point. When editing the transformations manually, adding a rotational component will yield unpredictable results. 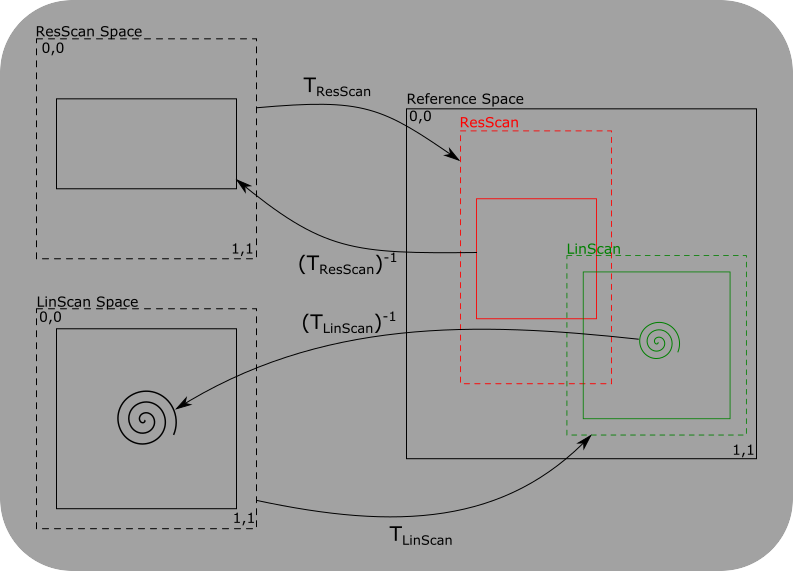 A scanfield is the 2D cross section of a ROI at a particular z plane. The discrete set of user defined scanfields defines the volumetric shape of the ROI.

Each scanfield is defined by the following set of properties:

All coordinates are defined in a normalized full field of view coordinate system, which extends from 0 to 1 in both x and y direction.

Scanfields are defined in a normalized full field of view coordinate system, which is defined by the maximum deflection of the galvanometric mirrors.

A ROI is a three dimensional volume defined by a set of one or more scanfields, each at a unique z-level. A ROI which contains only one scanfield stretches from z = -inf..inf. To limit the z extent of the ROI, define at least two second scanfields. Each scanfield is a control point in the shape of the 3D volume. Between control points, scanfields are interpolated. Alternatively, a ROI can exist only at discrete z planes only where scanfields are defined.

The scanfields that you add to a ROI do not specify the z planes that will actually be imaged when you start an acquisition. The scanfields are only defining the shape of the 3D volume. The z planes to be imaged are set up through the FastZ GUI. For each z plane to be imaged, ScanImage® will look at the current ROI group to determine what ROIs exist at that z plane and extract the scanfield to be imaged. 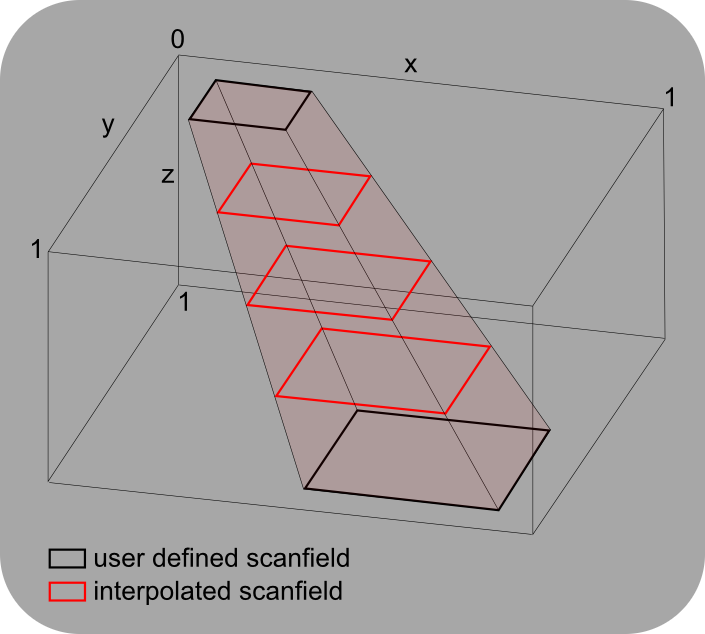 A ROI consisting of two user defined scanfields at z=0 and z=10. If needed, scanfields are linearly interpolated for different values of z (red rectangles).

A collection of ROIs forms a ROI Group. During a volume acquisition, ScanImage® queries the ROI group to return the scanfields at a particular z plane. ScanImage® acquires images for each of the scanfields before moving on to the next z plane. 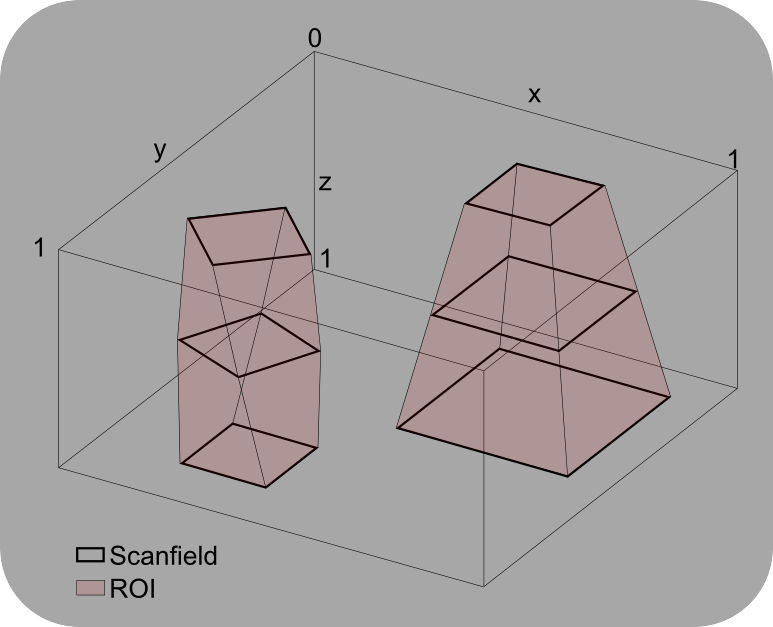