A resonant scanner typically has the following control signals:

To learn more about image formation with a resonant scanner, visit the Resonant Scanning Concepts.

These models of resonant scanner are often incorporated into a scanhead which is sold as a set of scanners and a controller tuned specifically to the scanhead.

Connect the resonant scanner or scanhead to the controller.

If using an NI hardware:

From the Resource Configuration window, under the Devices tab click the add device “+” button. 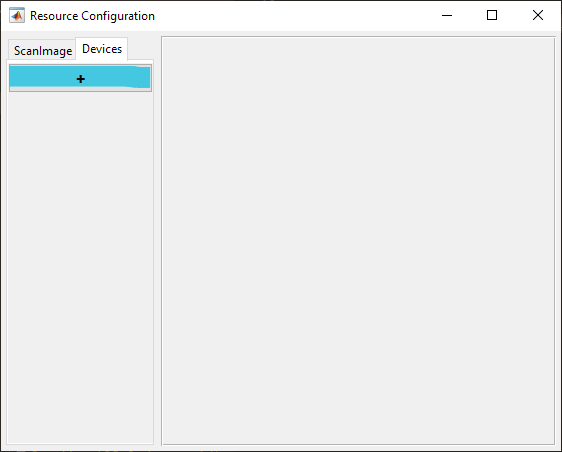 Select Scanner from the sidebar and then Resonant Scanner and click Add. Assign it a name and click OK. 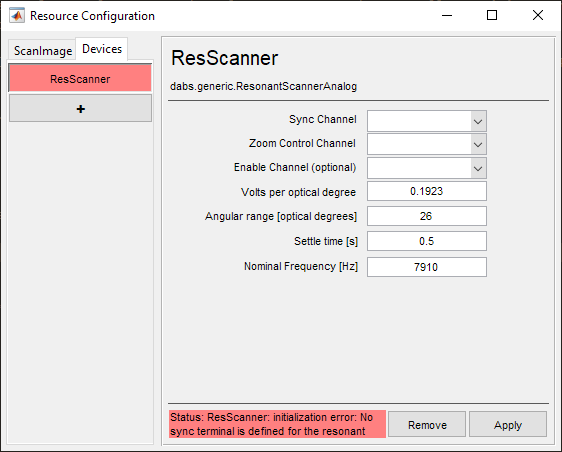 In the window below, configure according to the installed resonant scanner.

These values are in optical degrees - which is 2x the mechanical rotation angle of the scanner shaft, because of the laser reflection. 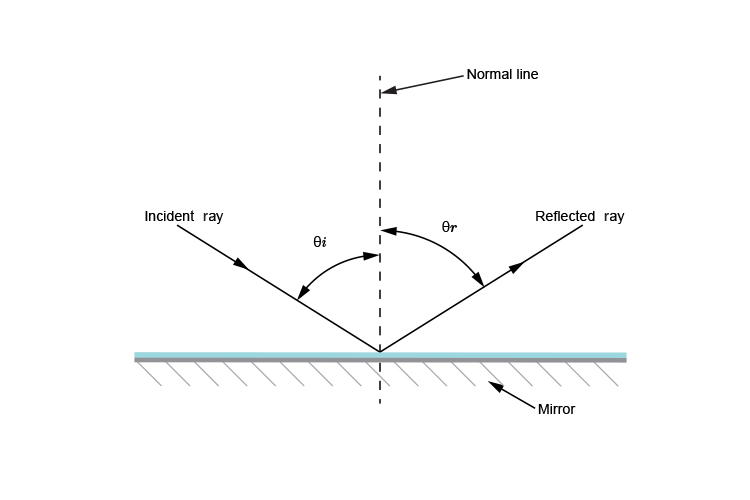 It is permissible to use the full angular range of the larger of the two angular ranges, via the ROI/Stimulus Group Editor dialog

Below are recommended settings for various models of resonant scanners

The amplitude of a resonant scanner does not always change linearly with the control voltage. Since the galvanometric mirror for the scan in y-direction has a linear response, this can lead to an image distorton in x-direction at different zoom levels.

This will show the Resonant FOV to Voltage Calibration Curve, which allows you to manipulate the zoom-to-voltage lookup table for the resonant mirror. After enabling the feature with teh checkbox in the lower left corner, start a focus and adjust the zoom level until the distortion becomes visible. In the calibration window, add a control point and adjust the control point’s position using the arrow buttons until the distortion is removed. Repeat the process for multiple zoom levels. 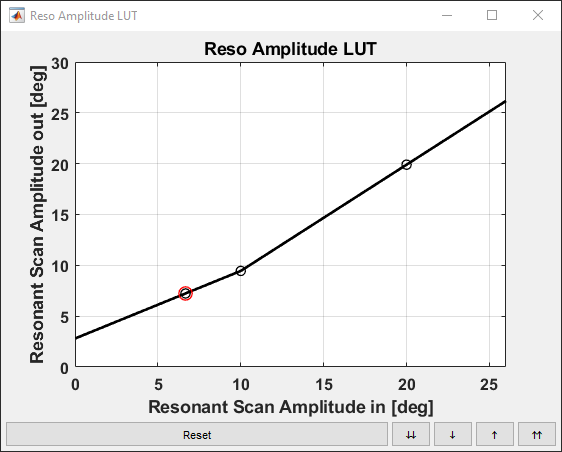 The three knees in the lookup table adjust the voltage for zoom levels 1x, 2x and 3x to compensate for the non-linear amplitude response of the resonant mirror.¶