Both pockels and fast beam modulators refer to this page as the two use the same driver - dabs.generic.BeamModulatorFastAnalog.

Connect the Pockels Cell to the high voltage driver as described in the user manual. Connect the command input on the driver board to an AO (analog output) of the ScanImage® system. Connect the Photodiode to an AI (analog input) on the same DAQ board as the command signal.

To accurately measure a look up table for the Pockels Cell, it is important that the photodiode gain is appropriately set, so that it has sufficient signal at the low end, but also does not saturate at the high-end. Incorrect photodiode gain is a common source of Pockels calibration errors. 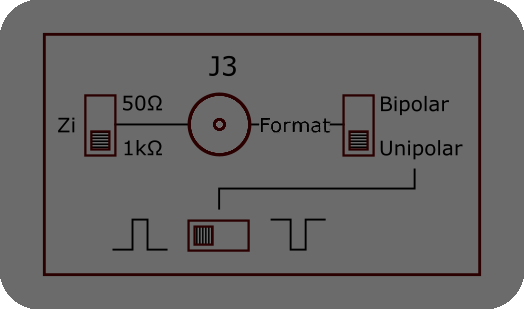 For a Conoptics 302(RM) driver, the switches should be set as indicated in the graphic to the right.

In ScanImage, open the Resource configuration window from the startup dialog or from the Main Controls window under File>Configuration. 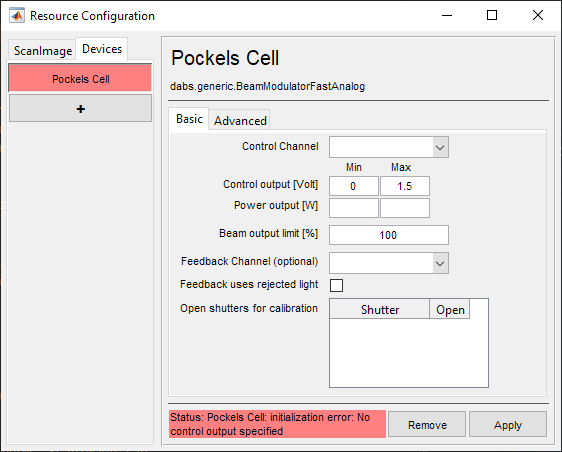 minimum control output does not necessarily have to correspond to the minimum power output;

maximum control output does not necessarily have to correspond to the maximum power output.

In the case of Thorlabs OM6N(H), maximum power output occurs at the minimum control output of 0V. The curve shown from Thorlabs’ graph should be replicated in ScanImage’s own graph shown after calibrating (see below). 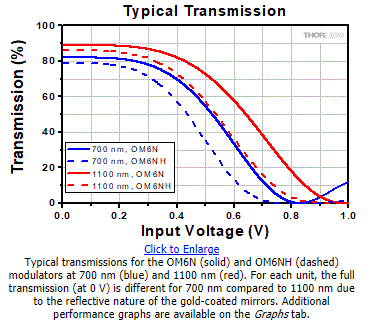 Click Apply to apply the configuration to this device. It can now be used as a beam modulator for a ScanImage® imaging or photostim system. 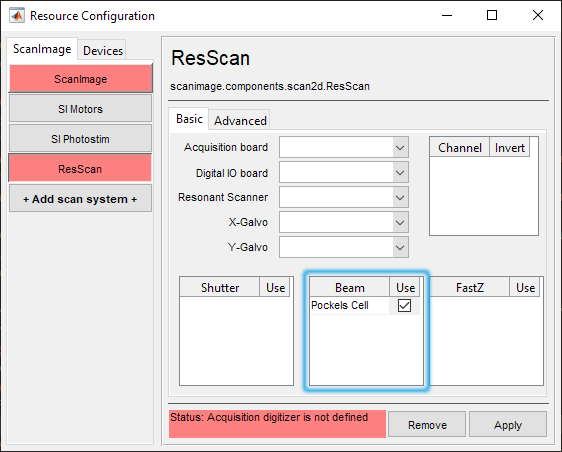 The look-up table depends on the operating temperature of the Pockels Cell and the wavelength of the laser. It is recommended to recalibrate the look-up table before the start of every experiment to ensure the power modulation is reliable.

During imaging, change the slider in the Power Control GUI to change the laser power.

ScanImage® blanks the beam during scanner turnaround to avoid overexposing the sample. Since the Pockels Cell does not respond to a changed control voltage instantaneously, the image can show blanking artifacts on the left and right edges. ScanImage® can compensate for this effect by shifting the command voltage in time. This time shift can be set in the field ‘Beam Lead Time’ in the Power Controls Window. Typically, a value of 2us is sufficient.