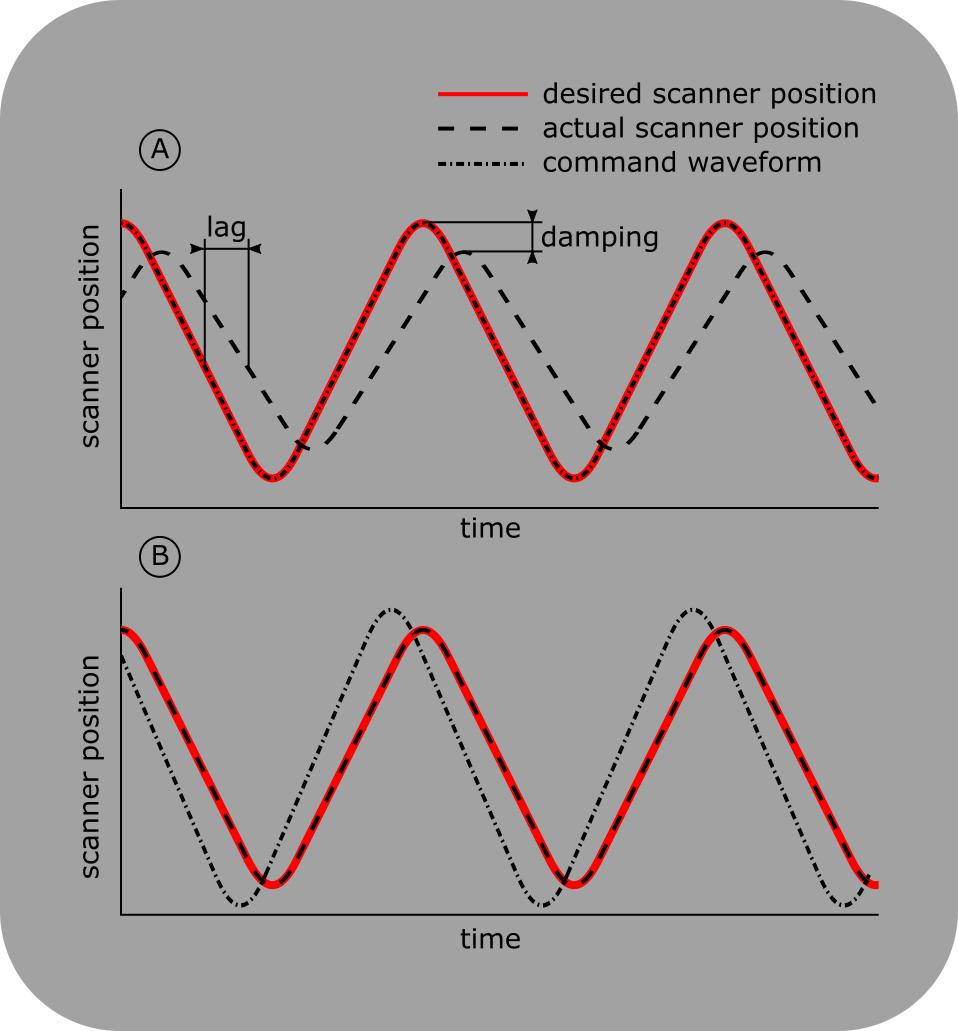 ScanImage’s advanced imaging modes (Arbitrary Line Scanning, Multiple Region of Interest (MROI) Imaging) rely on accurate positioning of the involved scanners (Galvos, piezos/voice coils). These scanners ship with controllers that implement simple PID loops to ensure tracking accuracy. However, these controllers cannot fully compensate for the dynamic behavior of the scan system, such as system lag and mechanical damping. These effects accumulate in a tracking error, which can result in a warped image geometry for frame scans, and an incorrect trajectory during line scans. To compensate for the tracking error, ScanImage® can optimize the scanner command waveform using Iterative Learning Control. 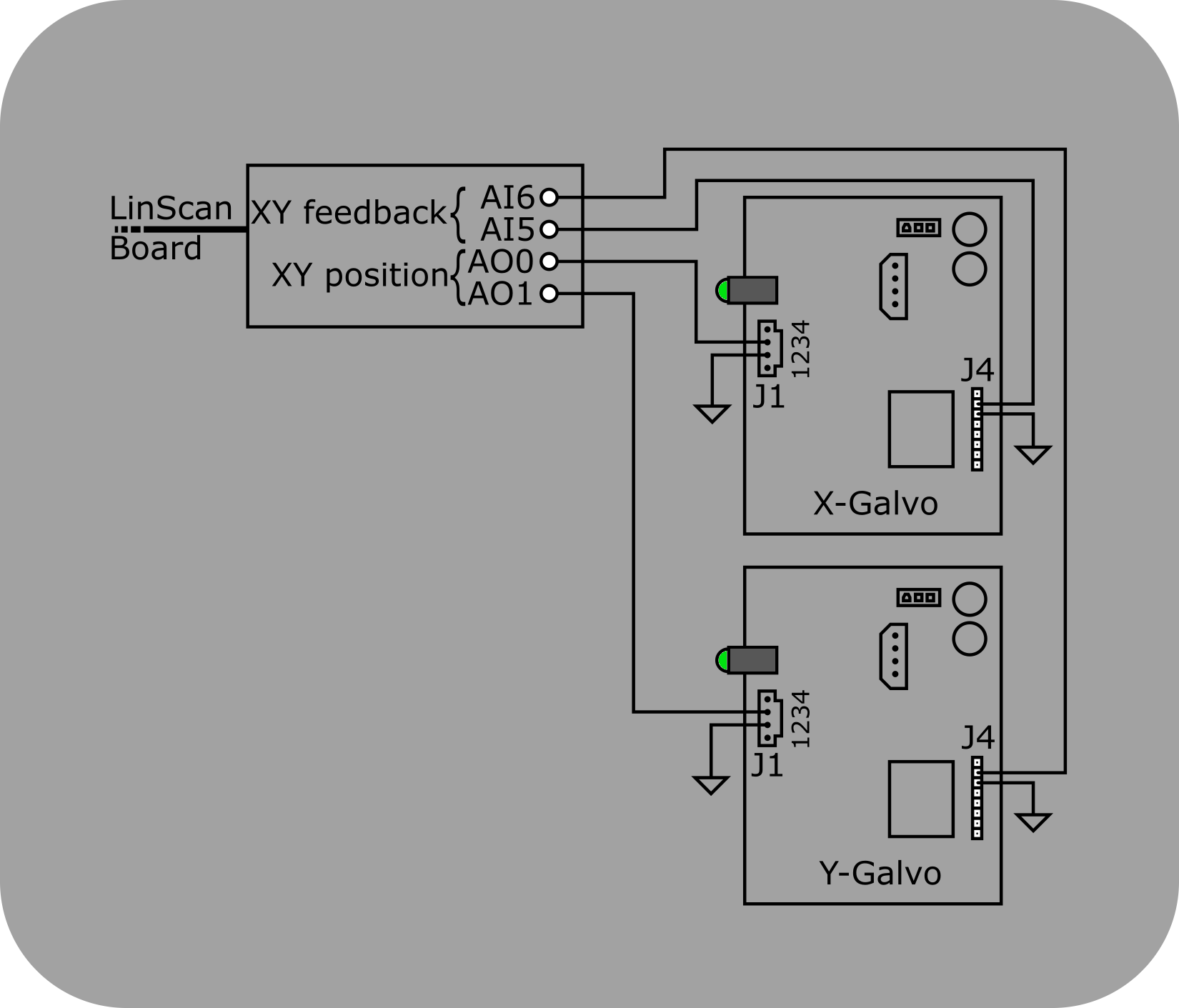 The command waveform optimization feature requires a connected position feedback sensor for each scanner. This section describes how to set up the feedback sensors for commonly used scanner controller boards.

The galvo position and offset inputs are located on connector J1 of the Cambridge Technologies 671 series galvo controller board. Assuming these inputs are configured to be non-inverting single ended (W4 1-3 and 4-6 jumpered), the following wiring scheme can be used:

The analog feedback sensors might use different scaling factors than the command outputs. After wiring the signals, open the Waveform Controls window, select ‘Update Waveforms’, and calibrate the feedback for each scanner.

Before starting a scan, open the Waveform Controls window and select ‘Update Waveforms’. The checkbox ‘Optimized’ indicates if ScanImage® has previously performed an optimization for the current command output. In this case, the optimized waveform will be used for the scan. In case there is no optimized waveform in the ScanImage® cache, choose ‘Optimize’ to start an optimization run.

The Cambridge 671 galvo control boards are designed to prevent physical damage to the galvos. If the galvos are driven too hard, the boards can pause the galvo motion. In this case, the scanner optimization will fail, and you must choose scan settings that reduce the maximum velocity / acceleration of the galvos before retrying an optimization run.

ScanImage® does not limit the scanner velocity / acceleration during the optimization process. While the scanner control boards should prevent physical damage to the scanners, Vidrio does not assume any liability for damages due to overdriving scanner components.

ScanImage® ships with two default optimization algorithms, which are located in

The functions take the desired waveform and the current scanner feedback as an input, and generate an updated command waveform based on the tracking error. These functions are called iteratively until the output ‘done’ equals true. Data can be passed in between calls by using the variable ‘optimizationData’.